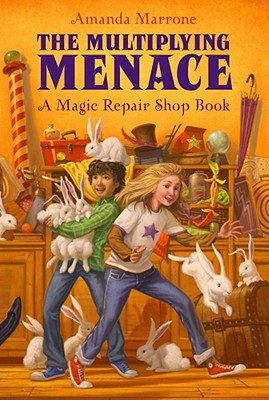 Twelve-year-old Maggie Malloy can make wishes come true. But she's learned that people like magic better in storybooks than in real life, and longs to find someone who understands her power. When she's forced to spend a year with her grandmother, Maggie discovers an old magic repair shop -- and the owner, Mr. McGuire, is a real magician, just like Maggie! She becomes Mr. Maguire's apprentice and learns how to repair cauldrons, break disfiguring hexes, and mend magic hats that won't stop duplicating rabbits. But Maggie is in more trouble than she bargained for when an evil magician, Milo the Magnificent, comes to town with his deadly magic act….
Reviews from Goodreads.com