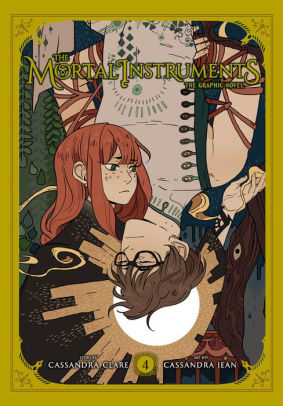 The fourth installment of the graphic novel adaptation of Cassandra Clare's bestselling The Mortal Instruments!
Maia and Simon are kidnapped, and Jace knows exactly who took them. It's time to face the terror known as Valentine to stop him from slaughtering the Downworlders and activating the Soul-Sword. All the Shadowhunters gather to join the fight, but when they find themselves hopelessly outnumbered by thousands of demons, the fate of the world might just lie in Clary's hands...!
The showdown begins in this action-packed volume accentuated by beautiful illustrations by artist Cassandra Jean. Plus, get a glimpse into the secret interaction between Valentine and Jace, revealed here for the first time by Cassandra Clare!
Reviews from Goodreads.com