The Monsters of Templeton — Lauren Groff 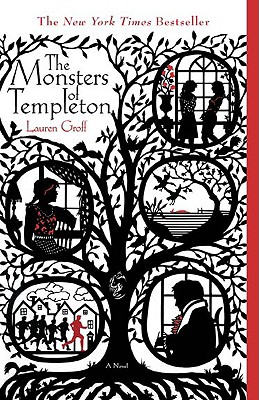 
"Lauren Groff's debut novel, The Monsters of Templeton, is everything a reader might have expected from this gifted writer, and more . . . There are monsters, murders, bastards, and ne'er-do-wells almost without number. I was sorry to see this rich and wonderful novel come to an end."
--Stephen King
"Lauren Groff hits a home run in her first at-bat, with a novel that is intriguingly constructed and compulsively readable."
--Denver Post
"Groff's multilayered saga both thrills and delights with poignant, breathtaking prose."
--Entertainment Weekly (A)
"The Monsters of Templeton, a fascinating first novel by Lauren Groff, is a book with joy in its marrow--fabulous."
--San Francisco Chronicle
In the wake of a wildly disastrous affair with her married archaeology professor, Willie Upton arrives on the doorstep of her ancestral home in storybook Templeton, New York, looking to hide in the one place to which she swore she'd never come back. As soon as she arrives, though, a prehistoric monster surfaces in Lake Glimmerglass, changing the very fabric of the town. What's more, Willie's hippie-turned-born-again-Baptist mother, Vi, tells her a secret she's been hiding for nearly thirty years: that Willie's father wasn't the random man from a free-love commune that Vi had led her to imagine, but someone else entirely. Someone from this very town. As Willie puts her archaeological skills to work digging for the truth about her lineage, she discovers that the secrets of her family run deep when past and present blur, dark mysteries come to light, and the shocking truth about more than one monster is revealed.