The Monk Who Vanished — Peter Tremayne 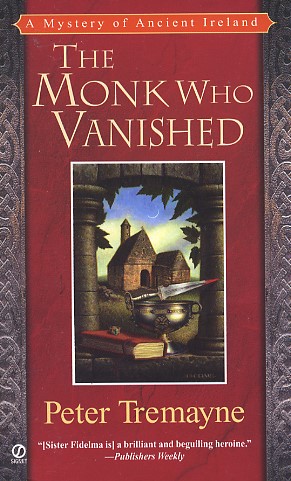 On a night in September of A.D. 666, an aged monk and a set of priceless holy relics disappear from the Abbey of Imleach. The missing artifacts belonged to St. Ailbe, who brought Christianity to the Irish kingdom of Muman in the fifth century and founded the abbey.

The King of Muman asks Sister Fidelma, an advocate of the Brehon law courts, to investigate. Even with help from Brother Eadulf, Fidelma finds her efforts hindered by a dangerous and unknown faction determined to keep both the monk and the relics permanently lost.
Reviews from Goodreads.com