The Moment of Truth — Magali 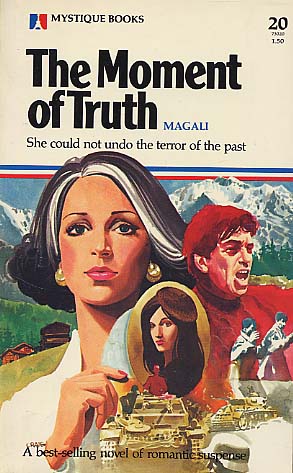 The news stunned her. How could it be?

The idea of returning to eastern France and the place of her birth appalled and terrified Catherine. Thirty years earlier, a lover's betrayal had caused the slaughter of her beloved brother and shattered her innocent trust.

But now she learned that her daughter, Vicki, had been injured in an accident, and Catherine was needed at her bedside. She hadn't bargained, though, on the presence of Marc, the handsome son of that long-ago traitor.

Then fate opened Catherine s eyes to an astonishing truth!
Reviews from Goodreads.com