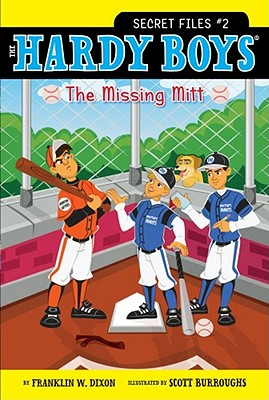 Frank and his brother, Joe, are excited! It's the final game in the Little League season, and their team, the Bayport Bandits, has a real shot at winning. Sure, the other team is good -- but they don't have the Bandits' good luck charm. The charm is their teammate Jason's mitt. His dad, a major-league pitcher, wore it in the World Series! The whole team touches it before every game for luck.

Right before the game, Jason's mitt goes missing! The team is devastated. Can Frank and Joe solve the case of the missing mitt before the Bandits lose the game?