The Misadventures of a Playground Mother — Christie Barlow 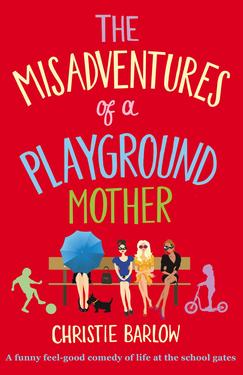 New Term. New Dramas. New Friendships. And that's just the parents... After a year of country living, Rachel Young is finally getting into the swing of things. Her four kids are happy and content at the village school, and she's managed to navigate the choppy (shark-infested) waters of the playground mafia. Or... so she thought. When Penelope Kensington moves herself and her kids into Rachel's home, after discovering husband Rupert has been having an affair, Rachel knows she must ask them politely to leave. The problem is, Penelope never takes no for an answer. As Rachel tries to deal with Penelope, she also meets new school mum Mel. Mel is a breath of fresh air but her arrival sends ripples of gossip through the playground. Mel has a few secrets in her closet, and it seems she's not the only one... Hilarious and entertaining, with characters you won't forget in a hurry, fans of Fiona Gibson, Kerry Fisher and Tracy Bloom will love this book. Read what everyone is saying about Christie's bestselling novel A Year in the Life of a Playground Mother 'A hilarious observation of playground politics. As funny as it is true...' Sue Watson 'Well-observed, highly-relatable and wickedly-funny.' Cathy Bramley 'A hilarious account, cleverly witty all the way through, a very entertaining read.' Kim the Book Worm 'Full of laughs and hilarious one-liners.' JB Johnston Book Tours 'Hilarious entertaining read.' Chicklit Chickadees Book Tour
Reviews from Goodreads.com