The Mirror of Gildanas — Will Endres Jr. 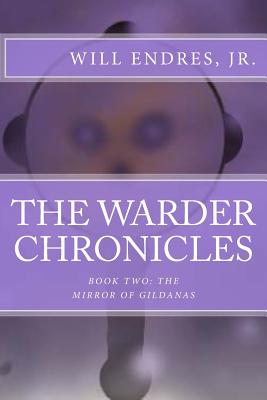 Share:
Dead soldiers have appeared to destroy towns and kill innocent people. Demons have arrived, and they're searching for something, and they will kill anyone and anything to find it. The adventure continues for Raspumen and Ellenor as they try to rescue Tal Dana from the hands of evil and retrieve the Mirror of Gildanas before the wrong person tries to open a portal to the Abyssal Realms. Harius has jumped overboard the airship to rescue King Arobol before he falls to his death. Rhiannon is captured by the elves of Eolis, and Naroh is missing. The second installment of the Warder Chronicles shows new places, new characters, and new dangers as the story continues.