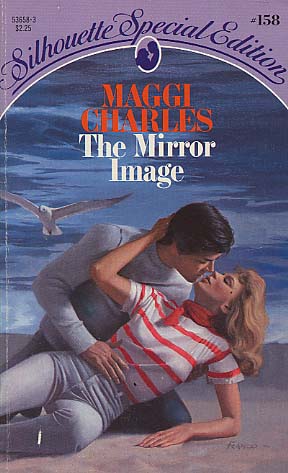 Tiffany was often haunted by her own reflection, an image that revealed only the shell of a woman. She had fallen in love with a young doctor, but had lost him when the pressures of his job had shattered her perfect life.

Alan Winslow was a dedicated surgeon who still believed in preserving life, though it seemed as though his own had ended when he lost Tiffany.

When they met again after seven years apart, she was still devastated by his presence. His capable hands rekindled her passion, his feverish lips reminded her that their seven years of bad luck had ended ... Together, they would portray a true image of love.
Reviews from Goodreads.com