The Minx of Mayfair — Bess Willingham 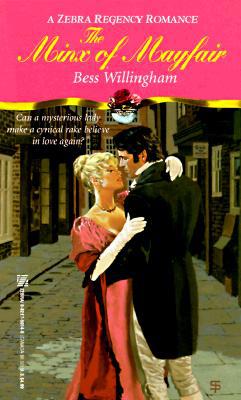 Can a mysterious lady make a cynical rake believe in love again?

LOVE IN DISGUISE...
Who the devil was Georgiana? Notorious about-town Viscount Seybourne found the beautiful minx lying unconscious in a Mayfair mansion - next to the corpse of Sir Hester Abercorn, a political satirist who had uncovered a Whig conspiracy to destroy the king. The handsome Viscount chivalrously took the young woman home only to find she had lost her memory - or had she?

Georgiana knew all too well who she was, and she was sure the Viscount would never believe her! Fate had intervened for a reason. Perhaps it was to catch a killer. Or perhaps it was to give a handsome rake cause for alarm, for he had sworn to live without love...unless Georgiana could steal his heart!