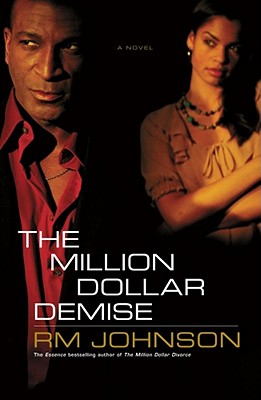 The tension and suspense are ramped up to new highs in this eagerly anticipated final installment in Essence bestselling author RM Johnson's Million Dollar trilogy.

Picking up where The Million Dollar Deception left off, Freddy Ford knocks on Nate Kenny's door, storms into the house, and shoots both Nate and his ex-wife Monica. But he doesn't stop there -- before driving off, Freddy manages to escape with little Nathaniel, Nate and Monica's beloved adopted son, while little Layla sleeps upstairs.

Nate is expected to survive the brutal attack, but Monica is left in a coma, and doctors are not certain that she will ever recover. When Lewis Waters -- Freddy's best friend and Layla's actual father -- visits the hospital to see Monica, Nate bargains with him: if Lewis can get Freddy arrested, Nate will give him back his little girl.

Meanwhile, Daphanie Coleman, the woman Nate had planned to marry before he sought revenge on Monica, rushes to Nate's side with plans to get him back by making herself available to him in his time of crisis. By chance, she meets Lewis while visiting Monica's bedside, and the two devise a plan to both get what they want.

When Monica finally awakens, she opens her eyes to a world in which Daphanie and Nate are hiding an affair, Lewis and Daphanie are harboring nasty secrets, and Nate has plotted to steal another man's child in the name of revenge. Will Monica forgive Nate, whom she was about to remarry? Will she uncover the truth behind the love triangle of Daphanie, Lewis, and Nate? And, more important, can the tragic lovers escape a second attempt on their lives?
Reviews from Goodreads.com