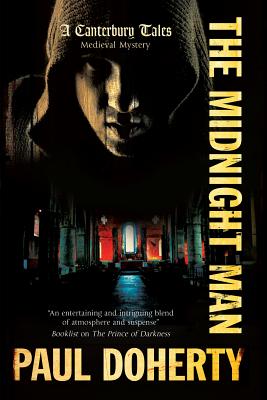 As Chaucer's pilgrims shelter for the night, it's the physician's turn to enthral his fellow travellers with a terrifying tale. When Brother Anselm and his novice Stephen are summoned to the Church of St Michael's, Candlewick, to perform an exorcism, the demons that plague the church appear to have been summoned by an infamous sorcerer known as the Midnight Man. But what has he unwittingly unleashed--and why? Is there any link to the disappearance of young women in the area? Before Anselm can get to the truth, he must first uncover the identity of the mysterious Midnight Man.
Reviews from Goodreads.com