The Mermaid of Penperro — Lisa Cach 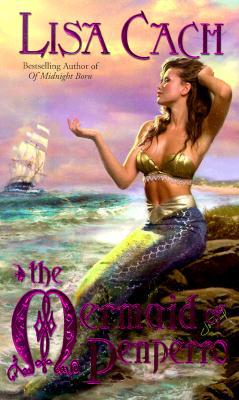 Though her mother had been in the opera, Konstanze had never imagined that singing could land someone in such trouble. The disrepute of the stage was nothing compared to the danger of playing a seductress of the sea-or the reckless abandon she felt while doing so. She had come to Penperro to escape her past, to find careless anonymity among the simple people of Cornwall, and her inhibitions melted away as she did. But the Cornish were less simple than she expected and the role she was forced to play was harder. For on thing, her siren song was more portent than she'd dreamed. It lured to her not only the agent of the crown she'd been paid to perplex, but the smuggler who'd she'd been missing. Suddenly Konstanze saw the true peril of her situation-not that of losing her honor, but her heart.
Reviews from Goodreads.com