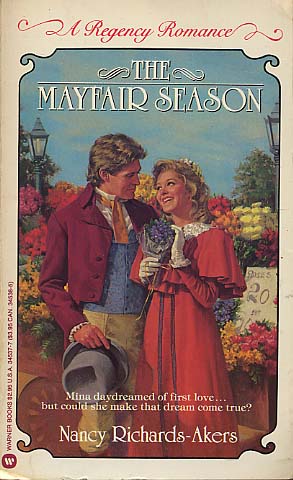 A Season Of Love

When Mina first beheld him, her heart stood still. He had fair hair and sky blue eyes, like the heroes of the romantic stories she eagerly read. Alas for our heroine, the handsome Earl of Cavendish had no such thoughts of Mina. For him, she was simply the sister of his sworn enemy, and her angelic Irish beauty and charming manner were no more than hints of her wanton intents. Nonetheless, Mina was delighted when the earl's family invited her to Mayfair for the season ... though quite distraught when they inexplicably appointed Lord Cavendish as her guardian, a situation that promised to be a calamity on both sides. But even as Mina's natural radiance drew prospective husbands by the score, the young girl yearned for the one man who remained aloof. Now only one course seemed possible. She must cultivate her feminine wiles and lure that distant heart as close as she could to hers.
Reviews from Goodreads.com