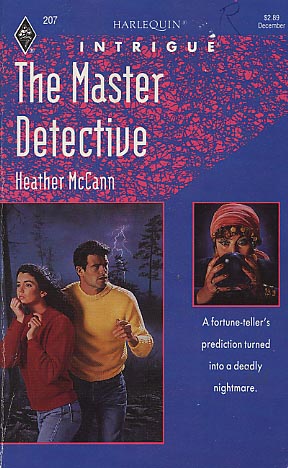 Share:
A fortune-teller's prediction turned into a deadly nightmare.

Was she another Sherlock Holmes?

She slept with an angelic look on her face, but Margaret Webster knew her precocious niece, Caitlin, was no angel. Especially when she was hell-bent on proving her stepfather was plotting a ghoulish murder.

But what Margaret thought was a harmless child's imagination soon turned into a deadly nightmare. A nightmare that had started with a fortuneteller's predictions about the child and a black-haired man.

Then Jake McCall arrived, and took Margaret's breath away. Suddenly, one prediction had come true. With his dark hair and equally dark identity, Jake was a living, chilling reminder that anything was possible. Even the fact that maybe Margaret's niece was right. Dead right.