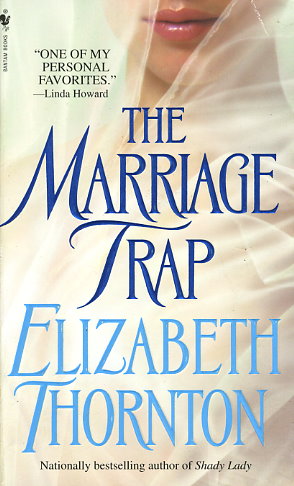 From dueling at dawn to fighting at Waterloo, Jack Rigg, Earl of Raleigh, has seen his share of danger. But now he faces his greatest fear: wedlock by ambush. It began in Paris, when he rescued an alluring cardsharp named Aurora from a tavern brawl. In the safety of Jack's rooms they shared a passionate embrace. He never suspected their compromising encounter would change his life completely. . . .

The idea that a poor vicar's daughter should marry Jack Rigg might be amusing -- if it weren't so imperative. When she last saw Jack, Ellie Hill was disguised as "Aurora," indulging her gift for gaming. Now she's in trouble with the law -- and Jack is her alibi. She must hope he'll be more of a gentleman than he was to Aurora. But as they forge an unlikely and increasingly amorous alliance, someone with a deadly agenda wants to end their union before it begins.
Reviews from Goodreads.com