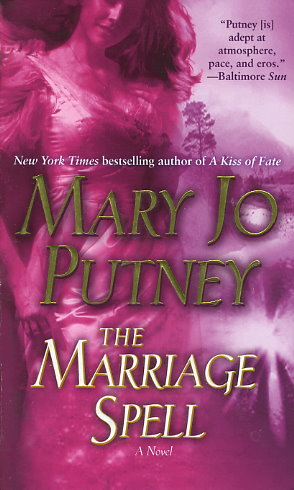 Knowing all too well his distaste for wizards, Abby Barton takes a great risk by performing healing magic powerful enough to save Jack Langdon, Lord Frayne, after he suffers a devastating accident. Her price: Jack's hand in marriage. Once she has Jack's name and the child she has always longed for, Abby is determined to live apart from him so that he can preserve his reputation--and so that she can stay true to her gifts. But neither Abby nor Jack reckons on the deep, long-simmering passions their marriage ignites. Now they must challenge each other's extraordinary powers and deepest desires . . . for the sake of a love that may cost them all they cherish.
Reviews from Goodreads.com

My husband cheated on me, he ignore me for several months and left me with nothing, but i am happy today that Dr Mack brought my husband back, I am so happy, Now my husband is all mine again. I can now say I'm happy again. Great spell from Dr Mack, He is genuine. I truly believe in him and his spells. he is a professional. I really enjoyed the result which i got, his love spell is marvelous, he is truly gifted, his love spell has brought me happiness, I am extremely pleased, it worked out to my test, he has the most powerful love spell, I recommend his or her Ex-lover back should Email:[email protected] com, he is Very trustworthy

Till the day i die March 14th is the day that i will never let go. This is the day Akpe a trust worthy spell caster gave me my love back after two month my newly wedded husband left me for another girl . My name is Foudy MacMillan and I am married to Tommy MacMillan . My husband is a caring man at least he use to be until he left me for another,though he’s still the most caring man ever . We have been sweet heart since the second year of senior high school . I have never and will never love any body else . We got married on the first of august 2006 and it was beautiful . That day the smile he wore on his face was the bestever. He was so sweet and seeing him happy made my heart skip . We where happily married with great love until he started working with a bewitched girl at Google Inc . He started coming home late say was having a couple of drinks with work mate . He was at least honest with me,cos I knew who the bi**h was i even made friends with her based on the fact that she was my husband friend . I was too blind to see what a dog she was until it was too late thanks to Akpe that help me . Even before i came to know of Akpe, Other fake spellers has taken my money without results. It all started making sense few hours later I cried my heart out thank to my best friend was always there for me , she gave me strength to keep going on . I needed him back but had no idea here as i was zero and dont know what to do as he was moving on with that witch girl but on my own i have the faith that I wasn’t going to let go of this one . I was fully aware of love spell but base on the fact that the ones i came across could not give me results after spending almost $7900. But again i went further to search for a good and best spell caster I found Online and tried Akpe of Osilma temple and his spell and got my heart desire in just 48 hours which was so unreal but was real. I told him my sad story and all he said on the phone was that my heart desire must be meant though I paid for the cost of materials used for the spell . He said he was going to make him a slave in love with me literally speaking . And he also told me that my husband will come back to me attacking me with a lip lock kiss apologizing on the third of April this year thus there was no need for me to look for him . when he finished preparing the spell with the materials I paid for,after two days he sent through DHL a parcel containing the spell and some enchanting word which he told me how to use . He told me right after i use what he gave me my love will run back to me and on the 10th i received the parcel then i used the content to finish the last stage myself . I concluded it 11:30 at night on the 12st of april 2017 and just as said my husband will return, it happened . It brought me so much joy and happiness . when the bi**h found out she tried to play the victim but it was rather too late cos he was now my thanks to Akpe spell . I Know he is honest and truthful he can help you with anything . Seeking the same? contact Akpe Osilama on / [email protected]

HOW DR JAMES SPELL CASTING RESTORED MY RELATIONSHIP,
Am writing this article to appreciate the good work of DR James that helped me recently to bring back my wife that left me for another man for the past 2 years. After seeing a comment of a woman on the internet testifying of how she was helped by DR James. I also decided to contact him for help because all i wanted was for me to get my wife, happiness and to make sure that my child grows up with his mother. Am happy today that he helped me and i can proudly say that my wife is now with me again and she is now in love with me like never before. Are you in need of any help in your relationship like getting back your man, wife, boyfriend, girlfriend, winning of lotteries, herbal cure for sickness or job promotion E.T.C. Viewers reading my post that needs the help of DR James should contact him via E-mail: ( [email protected] )

I was in total despair when I found Dr. Todd. My life was going terrible and I didn't know if I was coming or going. I had just gone through a rough divorce, wasn't making enough money to sustain me and my children, and my 17 year old son had just gone to jail for the first time. When I talked to him, I immediately found a sense of peace. He was very honest with me and I could feel that. He also told me that everything would be okay. After my work began, things began to change. My bills were all caught up, the relationship I was in became much stronger, I was never FLAT broke, and my son was released from jail earlier than we expected!! I also completely got over the failed marriage and began to move on. And, received a better position at my job which will cause an $800 per month increase!! I felt completely comfortable with the work that was being done because I was always encouraged by Dr. Todd. [email protected] is the BEST!!!!

When I found Dr. Paul I was in desperate need of bringing my ex lover back. He left me for another woman. It happened so fast and I had no say in the situation at all. He just dumped me after 3 years with no explanation. I contact Dr.Paul through his website and He told me me what i need to do before he can help me and i did what he told me to, after i provided what he wanted, he cast a love spell to help us get back together. Shortly after he did his spell, my boyfriend started texting me again and felt horrible for what he just put me through. He said that I was the most important person in his life and he knows that now. We moved in together and he was more open to me than before and then he started spending more time with me than before. Ever since Dr. Paul helped me, my partner is very stable, faithful and closer to me than before. I highly recommends Dr. Paul to anyone in need of help. Email: [email protected] gmail com, Call him or add him on whatsapp via: +2349051441669 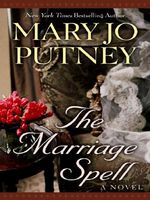