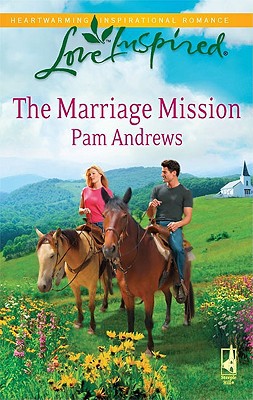 As a missionary, Mac Arnett has traveled the world to help others. When an injury leads him to accept a position as a pastor in West Virginia, Mac thinks he's finally found a place to call home -- with beautiful youth group leader Jenny Kincaid at his side.

Jenny can't deny her attraction to the strong, caring new minister, but she's no stranger to a broken heart. And she can't quite believe that Mac's given up his wandering bachelor ways for good. Can he convince her that he'll stick around for a lifetime?
Reviews from Goodreads.com

This was an entertaining book to listen to on a long car ride to my conference!

Mac was a missionary working overseas when he got hurt and had to come back to heal from a badly-set ankle. While on furlough, he decided to work at a small church preaching. The moment he entered town, he went to get his hair cut so he'd look more presentable. He ran into the beautiful Jenny! Sparks flew between the two, but neither thought things could go anywhere. Jenny had seen two bad marriages in her family and Mac expected to go back overseas. But everyone thought Mac should be married and started trying to match him up with various single women - something Jenny didn't like one bit!

Their friendship was solid with a few rocky patches. In the mean time, Jenny's mom and sister were starting up relationships of their own. Now Jenny needed to decide: did she want to stay still, or was she ready to give love a shot?

The book was sweet and tender - nothing major happened, but it was just a sweet story! I especially enjoyed Jenny's sister's story.