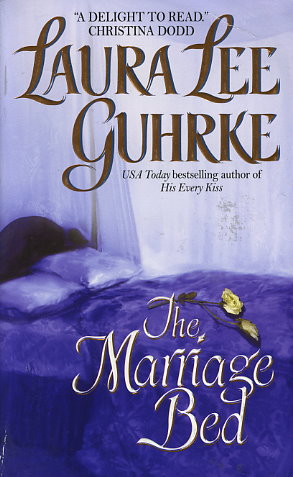 A marriage of deception

It was love at first sight for Lady Viola the night she met the dashing viscount John Hammond. Swept into a whirlwind courtship, it wasn't until after their vows had been spoken that Viola learned the shattering truth: Her beloved John had never loved her, had married her for her fortune . . . and worse still, he saw nothing wrong with that. Heartbroken, she vowed never again to let the deceiving scoundrel into her bed.

John never intended to hurt the headstrong beauty who has become a stranger to him. Now, after years of a sham marriage, he is in need of an heir, and John is faced with a luscious, intriguing challenge--seducing his own wife. He must persuade Viola back into their marriage bed, but this time, he may be the one to lose his heart.
Reviews from Goodreads.com