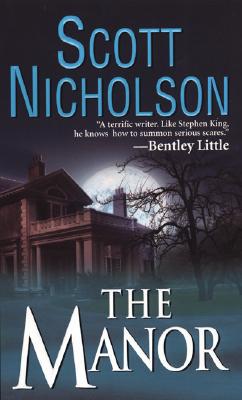 The Art Of Evil
Ephram Korban was an admirer of the human creative spirit, dedicated to collecting art in its many forms--literature, photography, painting, and sculpture--before he took his own life. Nestled in the heart of the Appalachian Mountains stands the home he built as a retreat for artists to hone their craft, perfect their skills...perhaps even produce a masterpiece. Isolated from the outside world in the electricity-free mansion, artists gather to court their Muses for six weeks, undisturbed.

Anna Galloway has no interest in art and even less in the people who produce it. Her sensibilities are more in tune with the realm beyond the physical, where the souls of the deceased reside and visions reveal secrets. She has included herself among the elite artistes in residence at Korban's retreat because she has seen the manor in her dreams--and believes Korban's ghost may be wandering its halls.

Now, a blue moon is on the rise in October, opening magical pathways to conjure up something unimaginable. Something feeding off the energies of those in the house. Something seeking everlasting life--at any cost...
Reviews from Goodreads.com