The Man Who Would Be F. Scott Fitzgerald — David Handler 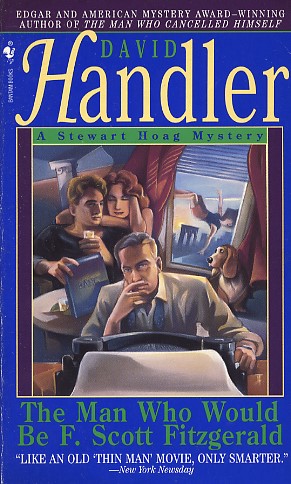 THIS PEN FOR HIRE

Once Stewart "Hoagy" Hoag was the toast of the publishing world and the husband of luscious Broadway beauty Merilee Nash. But fame and fortune left him as swiftly and surely as Merilee. Now Hoagy ekes out a living as a ghostwriter of celebrity memoirs and reluctant amateur detective, aided by Lulu, his cat-food-eating basset hound.

Wildly bestselling first-time novelist Cam Noyes writes with a lyric voice like F. Scott's and looks like he leapt right out of a Ralph Lauren ad. The media's latest darling, he's having a ball running with the brat pack, posing for magazines, rolling in and out of beds, brawling in bars, swigging tequila, and snorting cocaine. But with such a busy schedule, Cam simply can't find the time to write his long-overdue second book. Enter Hoagy to ghostwrite Cam's tell-all expose of the dirty business behind megabuck book deals. But "cutthroat" takes on a whole new meaning as the bodies start piling up faster than the pages of the manuscript. And if Hoagy doesn't act fast, there'll be no one left in publishing to tell the tale.
Reviews from Goodreads.com