The Man She Married — Tracy Sinclair 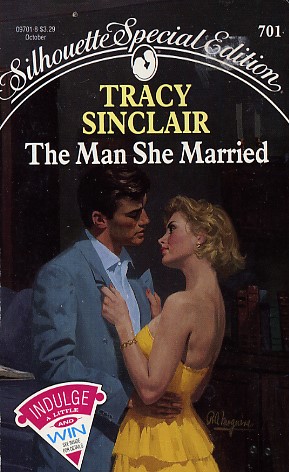 Dorian Merrill had planned to face the past when she returned to Summerville, but she wasn't prepared to deal with Raif Dangerfield. He was the hometown boy who'd hijacked her heart seven years before... who'd been witness to her awkward attempts at womanhood. He was the man she'd married--and then left behind--but had never forgotten.

Losing Dorian had been agony for Raif, but she was no longer the innocent teenager he'd once loved. Dorian was back to visit small-town Summerville, but the sophisticated aura of L.A. still clung to her. And while marriage had forged a bond neither time nor distance could destroy, was there room for Raif's hometown love in such a savvy city woman's heart?
Reviews from Goodreads.com