The Man in the Black Hat — Melissa Bowersock 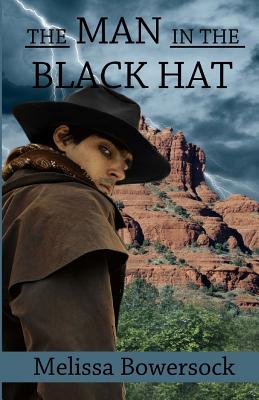 Clay Bauer, at the age of 38, is a second-rate actor in Hollywood. He’s too mean-looking to get leading man roles in movies, so he’s resigned himself to playing only villains. While filming a low-budget Western in the red rocks of Sedona, Arizona, he hears about the vortices there — places of power where people claim to have strange experiences, even traveling to other dimensions. He doesn't believe any of it — until he accidentally passes through a vortex and is transported more than 100 years into the past. Suddenly he’s faced with playing the most important role of his life. Only this time, it’s for real.
Reviews from Goodreads.com