The Man in Room 12 — Claudia Jameson 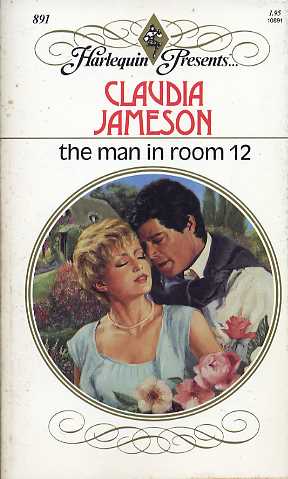 She'd coped admirably until he came along!

Usually Dawn Davies took things in stride. But what with the blizzard and the flu epidemic at her mother's Welsh country inn, the man in room twelve was too much!

She hadn't the time to pander to his displeasure at finding himself stranded in less than four-star accommodations--and she told him so in explosive detail! Perhaps that's why, before checking out, he made a point of putting her in touch with a children's book author who needed an illustrator.

At any rate, Dawn hardly expected to come up against Cosmo Temple's like ever again....
Reviews from Goodreads.com