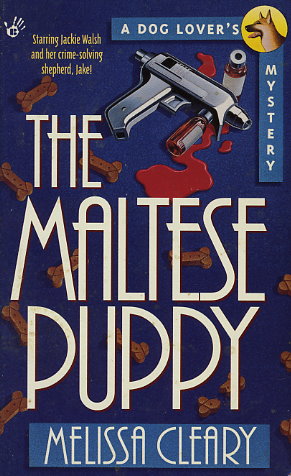 BITTER MEDICINE
Linus Munch was once a great doctor and scientist -- but lately he's just a nasty old man with an ax to grind. During his visit to Palmer, he manages to tick off plenty of people... in fact, one of them gets ticked off enough to kill him. Meanwhile, Jackie is desperate to find a home for Maury (the gigantic and overenthusiastic puppy who's making her life miserable), and wants nothing to do with solving the murder. But Maury has a way of leading her into trouble -- and once Jackie gets involved in a mystery, she can't stop until the case is closed...

HAVE DOG, WILL INVESTIGATE
Her marriage kaput and her future a little shaky, Jackie Walsh is back in the movies...teaching film at Rodgers U. But she's fast discovering that her real talent lies in detection, especially with the ex-police dog Jake at her side. Now they're nosing around together -- in a terrific mystery series!
Reviews from Goodreads.com