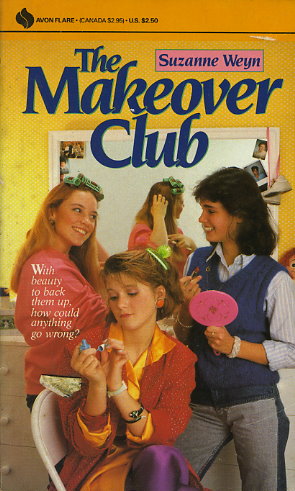 "I Hate Her!"
It was Marsha who said it, but Sara and Clarissa couldn't have agreed more. Doris Gaylord was just an airhead with a pretty face who flirted outrageously. And the boys fell for it every time! Marsha was madly in love with football hero Craig Lawrence, and Clarissa had her eye on the captain of the basketball team. But with Doris around, acting like a jerk, nobody else had a chance.

It was time to fight back! Instead of envying Doris, they'd get to work on some self-improvement. The three members of the "Makeover Club" swung into action with exercise, jogging and some wild experiments with new hairdos and makeup. And despite some incredibly embarrassing moments, they soon learned some real secrets about beauty...and boys!