The Maiden and the Warrior — Jacqueline Navin 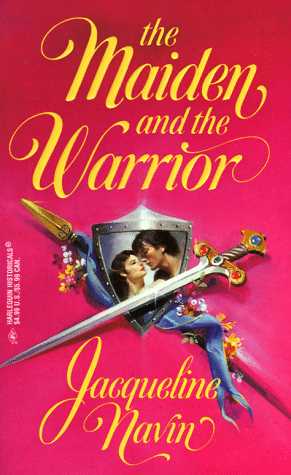 The war within is always hardest won.... Lucien de Montregnier knew, for he daily battled demons from his past. Still, his fighting prowess had won him an unexpected boon: Lady Alayna of Avenford, a hellcat with a heart who alone could save him from his greatest enemy - himself! Widowed before she was truly a wife, Alayna of Avenford now found herself claimed as a war prize by Lucien de Montregnier, a warrior as well known for his fierce nature as he was for his skill in battle. She despised him, of course. But why, then, did his merest glance ignite her very soul?
Reviews from Goodreads.com