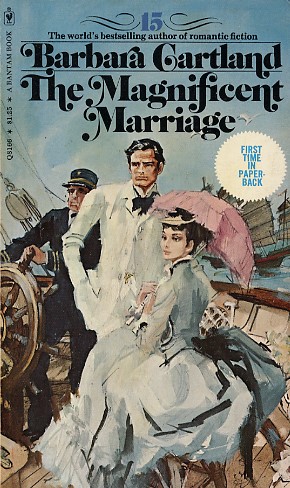 1879. Lady Dorinda Burne had always led a retiring life --a disfiguring skin complaint made her feel uncomfortable in company. But now she was chaperoning her sister to Singapore where Lettice would marry the fabulously rich, brilliantly clever Maximus Kirby. Dorinda found that she admired him more than any man she had ever met and in his presence always felt at a loss for words. But Dorinda was about to encounter perils far more fearsome than facing Maximus Kirby. Yet, awaiting her too was a magnificent love and a new life more beautiful than any she had ever imagined.
Reviews from Goodreads.com