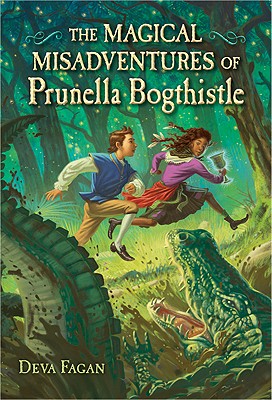 All Prunella wants is to be a proper bog-witch. Unfortunately, her curses tend to do more good than harm. When her mixed-up magic allows a sneaky thief to escape her grandmother's garden, Prunella is cast out until she can prove herself.

It's hard enough being exiled to the unmagical Uplands, but traveling with the smug young thief Barnaby is even worse. He's determined to gain fame and fortune by recovering the missing Mirable Chalice. And to get what she wants, Prunella must help him, like it or not.
Reviews from Goodreads.com