The Magic Flyswatter: A Superhero Tale of Africa, Retold from the Mwindo Epic — Aaron Shepard 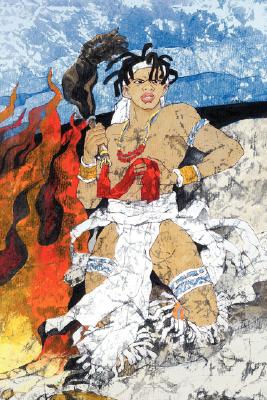 The storyteller stands beside the fire, swaying, dancing, miming, singing, reciting. With one hand he shakes a gourd rattle, with the other he swings a conga -- a flyswatter made with a buffalo tail on a wooden handle. Anklet bells tinkle as he moves. Three young men beat a wooden drum with sticks.
Listening to him is a crowd of men, women, and children. They sing along at a song's refrain, they repeat whole lines of the story when he pauses to see if they're paying attention. They encourage him with little shouts, whoops, claps. Food and drink are passed around.
In a mountain rainforest of the Congo, a Nyanga village hears once more the tale of its favorite hero -- Mwindo, the one born walking, the one born talking . . . .
For ages 10 and up. Not illustrated
/////////////////////////////////////////////////
Aaron Shepard is the award-winning author of "The Baker's Dozen," "The Sea King's Daughter," "The Monkey King," and many more children's books. His stories have appeared often in Cricket magazine, while his Web site is known internationally as a prime resource for folktales, storytelling, and reader's theater. Once a professional storyteller, Aaron specializes in lively retellings of folktales and other traditional literature, which have won him honors from the American Library Association, the New York Public Library, the Bank Street College of Education, the National Council for the Social Studies, and the American Folklore Society.
/////////////////////////////////////////////////
SAMPLE
She-Mwindo heard the noise. He went to the house of his favorite wife. He saw the boy and was full of rage. "What is this? Did I not say 'no sons'? Did I not say I would kill him?"
He threw his spear at the baby. Mwindo waved his conga. The spear fell short and stuck in the floor. Mwindo pulled it up. He broke it in two.
She-Mwindo cried out. "Aieeeeeee What kind of child is this?"
Mwindo sang and danced and waved his conga.
I am Mwindo,
the one born walking,
the one born talking.
O my father, you do not want me.
O my father, you try to kill me.
But what can you do against me?
/////////////////////////////////////////////////
THE ANCIENT FANTASY SERIES BY AARON SHEPARD
#1 THE MOUNTAIN OF MARVELS: A Celtic Tale of Magic, Retold from The Mabinogion. The story of the magical lady Rhiannon, the king who loved her, and the magician who hated and aimed to destroy them.
#2 THE SONGS OF POWER: A Finnish Tale of Magic, Retold from the Kalevala. In a story born in the time of shamans, two magical heroes vie for the hand of a maiden and wind up battling her mother, whose powers rival their own.
#3 THE MAGIC FLYSWATTER: A Superhero Tale of Africa, Retold from the Mwindo Epic. Mwindo's father, the chief, never wanted a son and tries to get rid of him -- but Mwindo has other ideas, as well as the powers to make them happen.
#4 THE MONKEY KING: A Superhero Tale of China, Retold from The Journey to the West. From a comic epic about one of the most popular characters of all time. When Monkey decides he wants to become a god, Heaven had better watch out 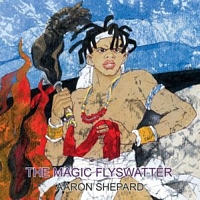