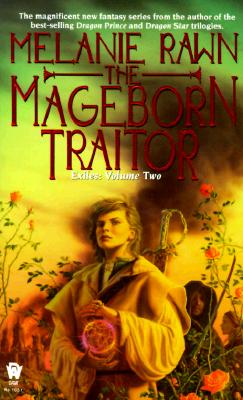 For generations the Mage Guardians and the Lords of Malerris have waged a secret war against one another--and the world of Lenfell has paid the price. And though the Mage Guardians came close to being destroyed in the last confrontation, the Malerrisi were ultimately forced to withdraw, relinquishing much of the control they had gained.

But their retreat has not been as complete as it seems. For Glenin, former First Daughter of Ambrai, is determined to have her revenge and regain her power, plotting the ruin of her sisters, Sarra, Councillor of Sheve, and Cailet, the new Mage Captal, while the Malerrisi--under Glenin's leadership--once again begin weaving a web with which to entangle their entire world.

And even as Cailet's dreams of a restored Mage Academy becomes a reality, and Sarra's legal reforms offer the hope of greater prosperity and equality for all people, Glenin prepares to strike at the very heart of both her sisters' power. All it will take is the betrayal of Ambrai's most closely guarded family secret, and the right traitor planted in the heart of Cailet's haven---a traitor trained to be the nemesis of all Mage Guardians; Glenin's perfect tool of destruction and most loyal follower, her own son....
Reviews from Goodreads.com