The Madonna on the Moon — Rolf Bauerdick 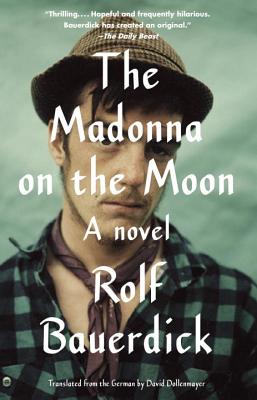 An award-winning journalist transforms his lifelong fascination with the world of the Gypsies into fiction with this exuberant, deeply enchanting debut novel -- both whimsical and suspenseful -- winner of the European Book Prize, and translated into more than a dozen languages worldwide.

November 1957: As Communism spreads across Eastern Europe, strange events are beginning to upend daily life in Baia Luna, a tiny village nestled at the foot of the Carpathian Mountains. As the Soviets race to reach the moon and Sputnik soars overhead, fifteen-year-old Pavel Botev attends the small village school with the other children. Their sole teacher, the mysterious and once beautiful Angela Barbulescu, was sent by the Ministry of Education, and while it is suspected that she has lived a highly cultured life, much of her past remains hidden. But one day, after asking Pavel to help hang a photo of the new party secretary, she whispers a startling directive in his ear: “Send this man straight to hell! Exterminate him!” By the next morning, she has disappeared.

With little more to go on than the gossip and rumors swirling through his grandfather Ilja's tavern, Pavel finds curiosity overcoming his fear when suddenly the village's sacred Madonna statue is stolen and the priest Johannes Baptiste is found brutally murdered in the rectory. Aided by the Gypsy girl Buba and her eccentric uncle, Dimitru Gabor, Pavel's search for answers leads him far from the innocent concerns of childhood and into the frontiers of a new world, changing his life forever.
Reviews from Goodreads.com