The Love Affair of an English Lord — Jillian Hunter 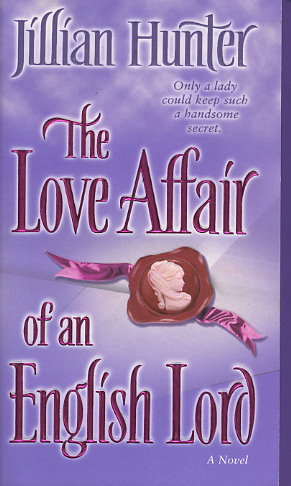 Share:
When Chloe Boscastle is caught indiscreetly kissing a man in a park, her brother Grayson -- the protective patriarch of the Boscastle family -- sends her off to a country manor to stay until the scandal in town subsides.

Soon after Chloe's banishment begins, she is shocked to learn that her neighbor Dominic Breckland, the devilish Viscount Stratfield, has been killed in his bed. But she is even more stunned to discover the dangerously handsome "victim" taking refuge in her lingerie closet one night. By some miracle Dominic has survived his attack -- and wishes the world to believe him dead. Can the alluring Lady Chloe keep his secret? Dominic uses all his masculine charm to persuade her as they work together to unmask his enemy. Of course, being caught sheltering a seductive scoundrel could further mar Chloe's already tarnished reputation. But, really, what's a little scandal to a lady in love?