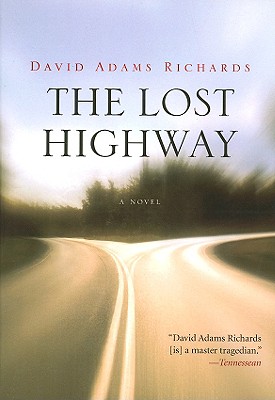 Share:
A highly suspenseful story of greed, betrayal and murder, The Lost Highway signals a thrilling new direction for one of this country's greatest authors.

'You can be a good man, a kind man, an officer of the human race, without having luck on your side. I have suffered enough, and have harmed no one.'

For twenty years, Alex Chapman has been at war with his great-uncle James, popularly known as "The Tyrant." Disillusioned and ill-tempered, Alex believes James has destroyed his chances in life when things do not "turn out" for him. He especially resents his great-uncle for ruining his chance at happiness with his one true love, Minnie, who married another. Alex seems destined never to amount to anything more than an embittered dreamer, until the night he runs into the simple mechanic Burton Tucker. When Burton says he has just sold James Chapman a winning lottery ticket worth thirteen million dollars, Alex immediately knows that his uncle must never see the money.

That moment is the beginning of an enthralling mystery and an emotionally shattering tale of a family's passions and betrayals. The Lost Highway is a chilling study of what happens to men and women when moral questions become matters of life and death. A page-turner with great spiritual force, The Lost Highway is the work of a brilliant novelist at the peak of his powers.