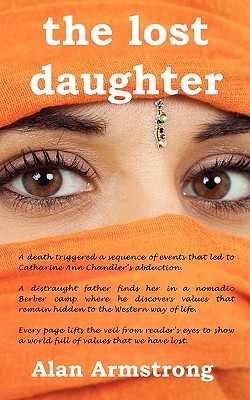 
A death triggered a sequence of events that led to Catharine Ann Chandler's abduction. A distraught father finds her in a nomadic Berber camp where he discovers values that remain hidden to the Western way of life. Every page lifts the veil from reader's eyes to show a world full of values that we have lost. Morgan Chandler lived his business life in a selfish and ruthless way until life stopped him in the fast lane. The death of Ramsay McGowan's son triggered a sequence of events that led to Catharine Ann Chandler's abduction from the university town of Durham. Contact with forces, not of this world, led a distraught father to the Atlas Mountains. Ways of life unknown, and alien to western civilisations, were encountered and studied. The networking of Moroccan families gave the path of discovery to a rehabilitated daughter. Learn of a culture, and beliefs, that have been retained for many hundreds of years. Read of spirit intervention, and a death bed confession, that gave direction and hope against impossible odds. Absorb the atmosphere of a mixed blood marriage that creates for the recipients a life to be desired and cherished. Allow yourself to be placed in a position of unique choices for the lost daughter rediscovered. Compare countries that have great divides. Be prepared for self examination of all that you hold dear? Reaffirm the sanctity of your personal life and daily existence! Re-evaluate the meaning of life on earth!