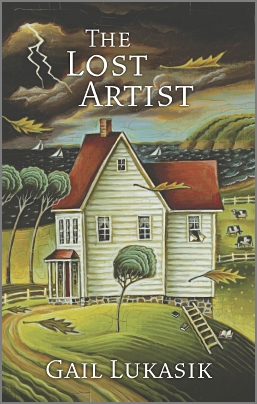 An eerie phone call sends Chicago performance artist Rose Caffrey halfway across Illinois to her sister's New England farmhouse. Her worst fears are confirmed when she finds her sister on the floor -- dead from an apparent fall from a ladder. Was it an accident? And why was Karen so intent on restoring three mysterious American Primitive-style murals that were hidden behind layers of wallpaper and paint for almost two centuries?

Fascinated by the murals -- which seem to be telling the story of the old house with some inexplicable oddities -- Rose begins to delve into their history. Her search uncovers a grave with no body and a diary with whole sections missing. Through the words of courageous 19th-century wife and mother Emily Braun, Rose opens a window into a distant time. As past and present converge, she follows a winding trail of greed, tragedy and lost treasure that could end up burying her forever.