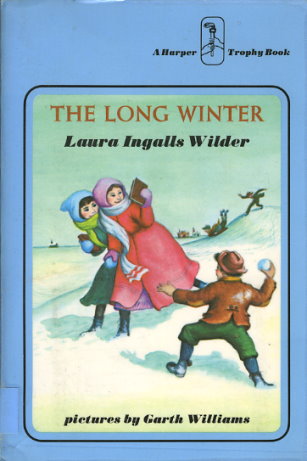 On the empty winter prairie, gray clouds to the northwest meant only one thing: a blizzard was seconds away. The first blizzard came in October. It snowed almost without stopping until April. The temperature dropped to forty below. Snow reached the rooftops. And no trains could get through with food and coal. The townspeople began to starve. The Ingalls family barely lived through that winter. And Almanzo Wilder knew he would have to risk his life to save the town.

--
The "Little House" books tell the story of Laura Ingalls Wilder's life. She was born in 1867 in the little log cabin on the edge of the Big Woods of Wisconsin, and through the years she traveled with her family by covered wagon through Kansas, Minnesota, and finally the Dakota Territory, where she met and married Almanzo Wilder.

There was deprivation and hard work. Crops were ruined by storms and grasshopper plagues. But there were also the happy times of love and laughter; sleigh rides, holiday celebrations, and socials. These eight titles now in paperback bring the Ingalls family vividly alive and capture the best of the American pioneer spirit.

The illustrations by Garth Williams are the results of 10 years of research. Mr. Williams actually followed the path of the Ingalls family during the period 1870-1889. No wonder, then, that the pictures have a special quality for the children who have loved these stories through the years.
Reviews from Goodreads.com 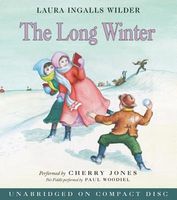