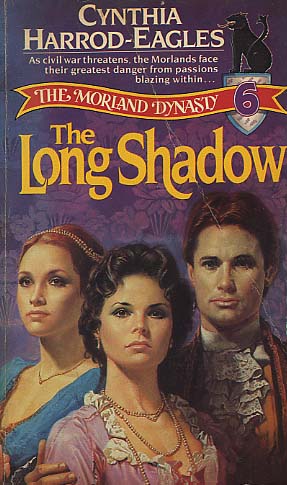 In a Fury of Ungodly Hatred and Ungodly Love

Fierce guardian of her ancestral heritage, reigning beauty at the rakish court of Charles II, Annunciata Morland's restless spirit refused to be confined by her illustrious station. With a will of iron, she ruled her estates. With silken skill, she commanded men's hearts, kindling forbidden passions in her king and in the kin of her own blood.

Even the Mighty May Fall from Grace

As the Popish Plot sent whispers of sedition sweeping across the land, Annunciata would be called to account for her privilege and pleasure. Imprisoned in the Tower for high treason, she would see home and country engulfed in a storm of violence and rebellion, and stand powerless, trembling in...The Long Shadow
Reviews from Goodreads.com