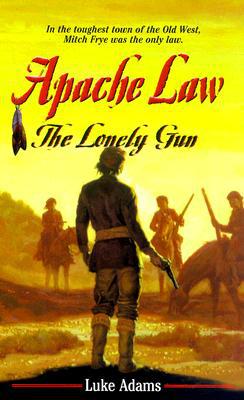 Share:
They called him half-breed. And a lot worse. The only time Mitch Frye ever felt at home was as a scout for the 6th Cavalry. But when the scouts were cut loose, Frye was a man without a home. Then fate -- or bad luck -- drew him to Paxton, a wide-open boom town in Arizona, a town without a lawman. He thought he was only passing through, but the mayor had other plans for him. He gave Frye a hard choice -- pin on a star or stand trial for murder. And it wasn't long before Frye regretted his decision. Somebody was killing off miners in the area, and it was up to Frye to find out who was behind it... even if it looked like that someone was the mayor himself.