The Lion and the Bird — Marianne Dubuc 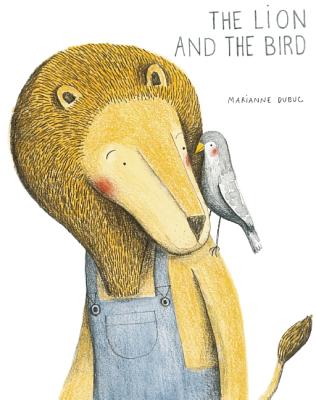 Note: The blank pages are not a defect but part of the storytelling. The snow increases until all the animals can see is white.
One autumn day, a lion finds a wounded bird in his garden. With the departure of the bird's flock, the lion decides that it's up to him to care for the bird. He does and the two become fast friends. Nevertheless, the bird departs with his flock the following autumn. What will become of Lion and what will become of their friendship?
Marianne Dubuc received her degree in graphic design from the University of Quebec, Montreal. She has created many different kinds of books for readers of all ages. She is an internationally acclaimed illustrator whose work has been published by major publishers in fifteen countries.
Reviews from Goodreads.com