The Lighthouse Between the Worlds — Melanie Crowder 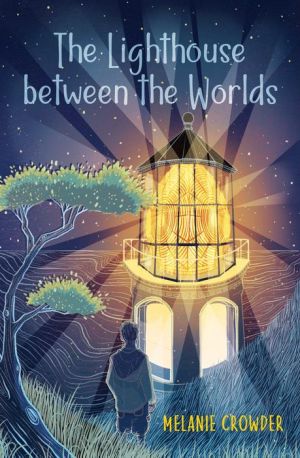 
Griffin must traverse dangerous new worlds if he hopes to save his father from a peril that threatens all of humanity in this fantastical new novel from the acclaimed author of A Nearer Moon.

Griffin and his father tend to their lighthouse on the craggy coast of Oregon with the same careful routine each day. There are hardly ever any visitors, but they like it that way. Which is why, when a group of oddly dressed strangers suddenly appears, Griffin begins to see just how many secrets his father has been keeping. He never imagined that his lighthouse contains a portal to strange and dangerous worlds, or that a Society of Lighthouse Keepers exists to protect the Earth from a fearsome enemy invasion.

But then Griffin's dad is pulled through the lens of the lighthouse into one of those other worlds. With his father gone, nobody from the Society is giving Griffin any answers, so he's on his own. Armed only with a book of mysterious notes from his parents, Griffin is determined to find his dad, no matter what dangers lurk on the other side of the portal.