The Legend of the Mountain — Will Henry 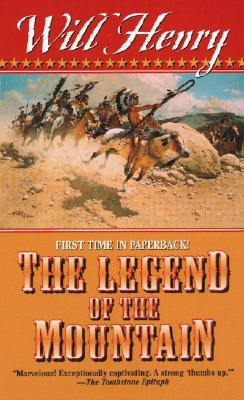 Share:
Everything Will Henry wrote was infused with historical accuracy, filled with adventure, and peopled with human, believable characters. In this collection of novellas, Will Henry turns his storyteller's gaze toward the American Indian. "The Rescue of Chuana" follows the dangerous attempt by the Apache Kid to rescue his beloved from the Indian School in New Mexico Territory. "The Friendship of Red Fox" is the tale of a small band of Oglala Sioux who have escaped from the Pine Ridge Reservation to join up with Sitting Bull. And in "The Legend of Sotoju Mountain" an old woman and a young brave must find and defeat the giant black grizzly known to their people as Mato Sapa.