The Legend of Harper and the Reversing Worlds — J.T. Brown 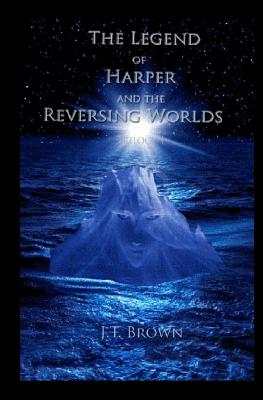 Harper, an eleven year old meek, intelligent, but curious girl spent most of her days on her father’s fishing vessel. Her inquisitive notion drove her to an old tattered book that held a mysterious stone. Struggling to open the clasp, releasing the stone as, it radiates a glow across her room. She kept the rock in her pocket for secrecy. She quickly realized the power of the stone as she found herself in a lost world, called Pasmaqon. She found herself fighting through the estranged beast, invisible vices, and dark ghosts. She recognized Pasmaqon is actually its own worst compelling character. She learned her ancestor had created the world, as it continues battling itself, until an unusual adventuress exposed the transcendent book. Harper finds her ancestor's creations were in search of the missing link. Harper struggles to find her way through the unknown. She learns that the land of Pasmaqon, yet controls her as well as her world above. Her discoveries and adventures hold the key of eternity. She not only battles her own inner powers as she fights to protect the hidden. She learns her existence is a true mystery that sings along the pages of her ancestor’s mysterious book.
Reviews from Goodreads.com