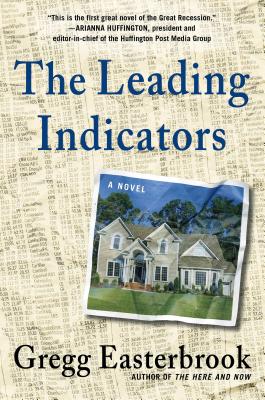 Share:
Tom Perrotta meets David Brooks in a powerful modern parable about one American family's fall from grace during the recession

Margo and Tom Helot have the perfect life. He works in finance; she's an enterprising stay-at-home mom. They inhabit a fully redecorated home complete with expensive his-and-hers cars in the drive and situated in the peaceful, leafy suburb of a major American city. Day after day delivery trucks arrive bearing packages from the kinds of places all Americans wish they received packages: Williams-Sonoma, Bergdorf Goodman, Villeroy & Boch. The family is rounded out by two delightful children with good grades, well on their way to top colleges.

Then it all comes crashing down around them: Tom's boss reveals that due to "regrettable oversights," their high-flying company actually was a fraud. Forced into the job market just as the Dow plummets and unemployment starts to spike, Tom is buffeted from one failing company to the next. The Helots lose their house, then their apartment. As the powerful at the very top roll in government subsidized bonuses, while everyone else falters, Tom and Margo find themselves adrift in “an American economy that now produces shattered lives with the same fervor it once produced Oldsmobiles.” Ultimately, they must face a terrible choice to save their family's future. This compelling and insightful novel from seasoned social commentator Gregg Easterbrook strikes at the heart of the American moment.