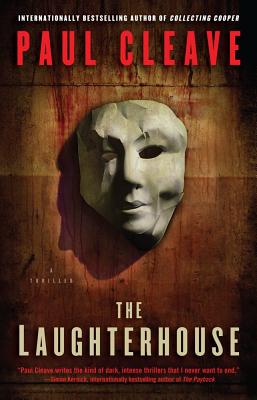 Share:
From the internationally bestselling author of Blood Men and Collecting Cooper comes a riveting new thriller about one father's revenge and another's fight for survival.

Theodore Tate never forgot his first crime scene -- ten-year-old Jessica found dead in “the Laughterhouse,” an old abandoned slaughterhouse with the S painted over. The killer was found and arrested. Justice was served. Or was it?

Fifteen years later, a new killer arrives in Christchurch, and he has a list of people who were involved in Jessica's murder case, one of whom is the unfortunate Dr. Stanton, a man with three young girls. If Tate is going to help them, he has to find the connection between the killer, the Laughterhouse, and the city's suddenly growing murder rate. And he needs to figure it out fast, because Stanton and his daughters have been kidnapped, and the doctor is being forced to make an impossible decision: which one of his daughters is to die first.

In The Laughterhouse, the city of Christchurch becomes “a modern equivalent of James Ellroy's Los Angeles of the 1950s, a discordant symphony of violence and human weakness” (Publishers Weekly). Fast-paced, dark, and intensely clever, this exciting thriller represents a brilliant new chapter in the career of a world-class crime writer.