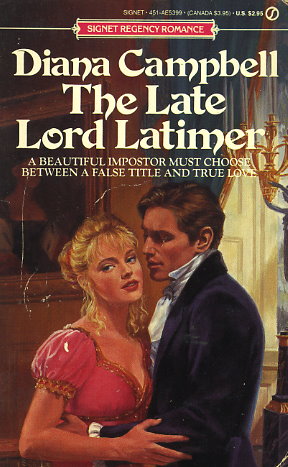 Beautiful Kate Morrow should have been the happiest of young ladies. Instead of being a friendless chit alone and afraid in an England she barely knew, she was accepted in the best society and engaged to the handsome Earl of Halstead.

But she did have two problems to contend with.

She had attained her sudden rise in status by taking a name and legacy that was not hers.

And even worse, she had fallen in love not with the heavenly Halstead, but with the devilishly attractive Jeffrey Sinclair, who was honor-bound not to woo her if he believed her lies and who was certain to despise her if she told the truth...