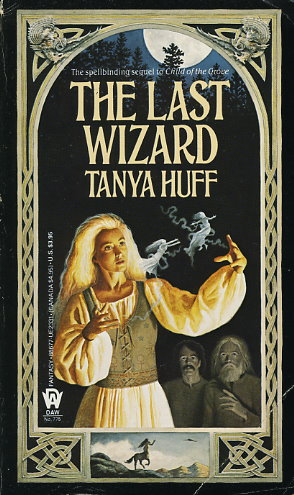 She was Crystal, the one true child of the seven goddesses, created by them and raised to become the nemesis of Kraydak, who for countless centuries tormented the world with his evil sorcery.

Now Kradak was dead, and Crystal's purpose for existing was gone. And in a world terrified of wizards, a land where only Lord Death was her friend, what future was there for Crystal, the last wizard to ever walk the world.

Then she used her power to save a mortal's life and forged one final fragile bond with the humans of her world, a bond which would take Crystal on a quest to destroy -- or be destroyed by -- a long-vanished wizard's stronghold of magic, which had lured many before her to their doom!