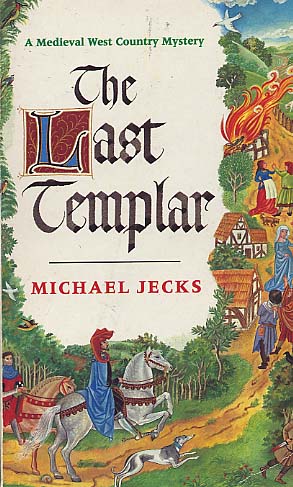 Paris. Pope Clement has destroyed the Order of Knights Templar, wrongly persuaded of their corruption. Watching through a veil of tears as his friends die at the stake, a surviving knight swears vengeance on their accusers.

Devon. The newly appointed bailiff of Lydford Castle, Simon Puttock, is called to a village where a charred body has been found in a burned-out cottage. Unaccustomed to violence in this peaceful area, Simon assumes it's accidental death -- but Sir Baldwin Furnshill, recently returned from abroad, quickly convinces him that the victim had been killed before the fire began.

As Simon and the astute yet strangely reticent knight piece together the evidence, word comes of another murder, more horrible by far, for in this case the victim was undoubtedly burned alive. Are the two incidents connected -- and will the killers strike again?

The colours and smells of fourteenth-century Devon come vividly to life in this riveting tale of petty jealousy, burning passion and brutal revenge.