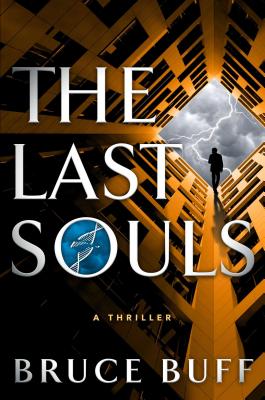 In the fast-paced thrilling sequel to THE SOUL OF THE MATTER, cyber-intelligence expert Dan Lawson tries to unlock the secrets encoded in humans' DNA that link physical matter to the soul.

In the wake of Stephen Bishop's death, Dan Lawson is struggling to understand the information that his friend left behind. Stephen claimed he found the blueprint for all of life, including evidence of a creator, in our DNA. But when a recreation of an experiment based on Stephen's findings that had led to destruction of a nuclear fusion lab at MIT causes everyone in the vicinity to feel as if their souls are being torn from their body, the government wants to know what's causing it. Dan tries to find answers and realizes the key to understanding what happened lies in the relationship between the brain and the soul.

Meanwhile, a map containing the locations of nuclear material around the globe is leaked, destabilizing a world already on the precipice of war. But as Dan digs deeper, his discoveries lead him to a research center in Israel. There, he finds the answers he's looking for, but also realizes that it may be too late to stop the impending conflict his quest has set in motion. As the world balances on the brink of what could be a devastating, final conflict, Dan realizes that the information he now possesses about the relationship between physical matter and the human soul could be the only way to stop it.

A creative and thought-provoking thriller of science and faith, loss and redemption, THE LAST SOULS will leave you questioning everything long after you turn the last page.
Reviews from Goodreads.com