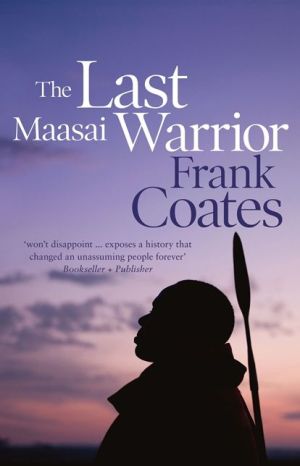 Two men, an ancient nation ... and an impossible choice An ancient Maasai legend tells of a child born holding a stone in its palm. the story is a warning, and now a baby is born holding a stone in not one but each of its tiny fists ... In 1911, the British government breaks a promise giving the Maasai control of their traditional lands - and now they must choose between war with a powerful enemy or a perilous trek to the land allocated them. Ole Sadera has risen from village scapegoat to leadership of his people. Now he struggles with rapid change - and his desire for another man's wife. George Coll arrives in East Africa to face impossible choices of his own. the Maasai gather to make their historic decision ... and an Empire holds its breath. 'won't disappoint ... exposes a history that changed an unassuming people forever' - BOOKSELLER AND PUBLISHER 'remarkable ... adverturesome ... suffused with tenderness' - AUStRALIAN BOOK REVIEW 'blockbuster adventure with authenticity' - WEEKEND AUStRALIAN
Reviews from Goodreads.com